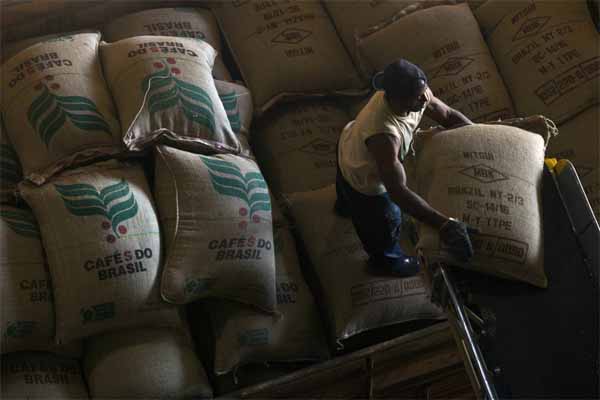 Exports of all forms of coffee in December 2021 totaled 12.12 million 60-kg bags up, according to the International Coffee Organisation (ICO), indicating an 8.9% growth in comparison to 11.12 million bags in December 2020.

“The total export increase in December 2021 was driven by Asia & Oceania, up 37.4% at 4.71 million bags,” reads the January report, which also indicates that coffee prices climbed higher in January, reaching 204.29 US cents/lb, with the ICO Composite price showing a continuous month on month increase for 16 months in a row.

“The intra-day volatility of the ICO composite indicator price decreased by 1.8 percentage points to 8.3% in January 2022. The arbitrage between Arabica and Robusta coffees, as measured on the New York and London futures markets, increased by 3.9% to 135.07 US cents/lb in January 2022,” adds the report.

“Within the space of a year arbitrage between the two futures markets has doubled, from 67.05 US cents/lb in January 2021 to 135.07 in January 2022. Certified stocks on major coffee exchanges continued to decline in January 2022, falling by 16.2% and 5.4% in New York and London, respectively.”

Meanwhile, shipments from South America decreased by 19.2% in the first quarter to 15.28 million bags, as compared with 18.92 million bags in the previous year.

Shipments from Central America and Mexico were 1.78 million bags for the same period as compared to 1.38 million bags previously.

“Guatemala, Honduras, Mexico and Nicaragua are the main countries behind the growth in exports of the region, together accounting for 91.9% of the variation (year-on-year) between two quarters, having exported 1.63 million bags in the first quarter of the coffee year 2020/21,” reads the report.

According to the report, the two largest exporters in the region, Ethiopia and Uganda, were the two main drivers of the expansion, exporting 0.89 million bags and 1.55 million bags, respectively, in October-December 2021.

The growth rates among the Arabica, however, was not uniform; the Other Milds enjoyed a 27.7% increase to 1.60 million bags, while the Colombian Milds and Brazilian Naturals fell by 15.2% and 8.0% to 1.16 million bags and 3.61 million bags, respectively,” reads the report.

The report says Robusta shipment rose by 25.1% to 4.22 million bags when compared to 3.37 million bags in the same period a year ago.

“As a result, Robusta share of the total green beans exports increased to 37.5% in the first three months of coffee year 2021/22 as compared with 32.1% in the same period a year ago, showing some re-balancing of sourcing to offset price rises and low availability of Arabica,” reads the report.

The reduction in the share of green beans by 3.8% to 27.54 million bags led to an increase in shipments of soluble coffee.